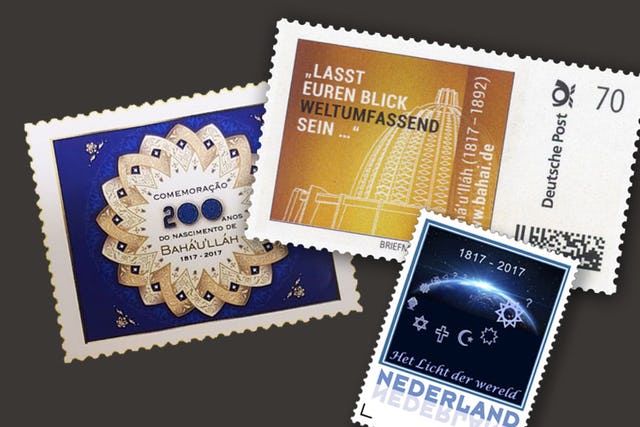 BAHA’I WORLD CENTRE — Across the globe, communities have been exploring many different ways to honor the life and teachings of Baha’u’llah during the bicentenary year. In several countries, including Austria, Brazil, Cambodia, Germany, Malaysia, and the Netherlands, one tribute honoring the historic occasion has been the release of commemorative postage stamps.

The designs of these stamps are inspired by Baha’i symbols and architecture. In Cambodia, for instance, the postage stamp features the newly opened local House of Worship in Battambang. Also featuring a Temple in its design is a stamp released in Germany—in this case it is the continental House of Worship for Europe in Langenhain, Germany. Other stamps drew on iconic Baha’i symbols, such as the nine-pointed star. One of the stamps issued in the Netherlands features a famous calligraphic work containing sacred words in the form of a bird of paradise—the work of prominent 19th century Persian artist Mishkin-Qalam. 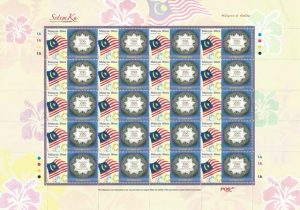 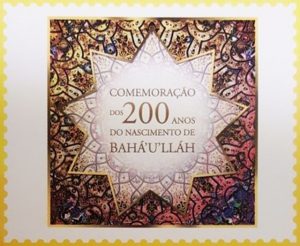 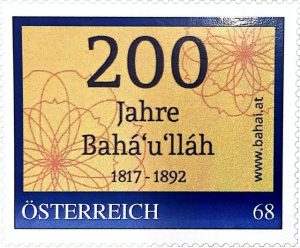 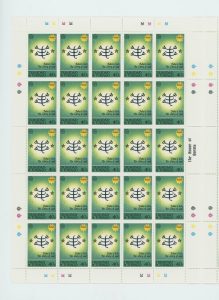 This was not the first time commemorative stamps have been issued for historic Baha’i occasions. In 1992, the year marking the centenary of the passing of Baha’u’llah, postage stamps were released in several countries, including Brazil, Trinidad and Tobago, and Grenada.

That year also included other noteworthy anniversaries for which stamps were designed. In Panama, a stamp featuring the continental House of Worship for Central America was released in 1992, which was the twentieth anniversary of the Temple’s dedication. Guyana issued a stamp that year marking the arrival of the Baha’i Faith in the country half a century prior. In 2001, Israel released a stamp in commemoration of the official opening of the Terraces.

Many countries were first opened to the Baha’i Faith between 1953 and 1963 in a global ten-year plan. A number of commemorative stamps were released at the 50 year mark of the establishment of the Faith in some of these countries. Monaco and the Solomon Islands were among the countries that issued stamps for these “golden jubilee” anniversaries.

Baha’i designs on postage stamps stretch back many decades. In the late 1940s, a set of stamps featuring the House of Worship in Chicago was issued in Santiago, Chile. In a remarkable turn of events several years later, Santiago was designated as the location for the future continental House of Worship for South America.